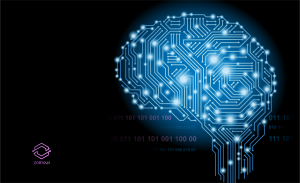 Emotions are the simplified output of a complex equation, influenced by many parameters and variables reflecting the surroundings and the internal state of a  person.
Although the majority of the decisions we make are based on our emotions in that instant, we mostly have little control over them, and we are not consciously aware of sudden changes in their status.
Since our behavior is dictated by our emotions, decrypting human emotions has been an important topic, not only for psychologists but also for content creators of all kinds, and among them, game developers. Just imagine how helpful it can be for a game designer to know if the reason of the user churn at some point of the game is boredom or frustration, or what happens to the user if she changes the sequence of the tutorial or to know if the game has the right cycle of engaging events in the gameplay timeline.
Up until now, as game developers, our best tool in mapping the ups and downs of human emotion within our creations has been playtesting,  usually followed by an unobjective and sometimes untrustworthy survey.
Finding a methodological and objective approach to the discerning of human emotions and their correlation to gameplay would not only revamp the playtesting processes across the games industry but could also open new horizons for adaptive user experiences.
Thanks to advancements in machine learning and new consumer-grade  EEG devices, finding a way to detect, measure, and classify human emotions based on brain waves on a massive scale seems to be becoming practical. This is the topic which I’ve been consumed with and spent my time and attention for the last few years, and it’s the mission of  Zorvan to bring “Human emotion and engagement detection” to the Game  Industry with EmoHack.